Is It Really Worth The Risk?

My son and I were last night pondering the crisis we are currently experiencing across Australia. Massive floods in Queensland with some areas under 12 metres of water. Devastating fires and loss of life in Victoria. Extreme temperatures (44 Degreed C or 111 Degrees F) in NSW and Victoria. Today in Sydney it is raining and mild. Very strange weather. How much proof of climate change do we need before those in power make the decisions needed to address the problem?

I then watched a wonderful Australian Story 'The Heat Of The Moment' about Professor Ove Hoegh-Guldberg who has been trying to flag the plight of a dying Barrier Reef due to coral bleaching caused by rising water temperatures. He has been trying to flag this problem for over 10 years. Still today there are so called experts claiming that this is a natural cycle and people like Professor Hoegh-Guldberg are alarmists. I found myself getting very angry at the arrogance of the then Minister for the Environment, Senator Robert Hill who left a conference on the risks to the reef dismissing the claims as alarmist overreaction.

I remember seeing the simple whiteboard presentation below last year. Using the premise "What is the worst that could happen" it compares the risks we face from doing nothing about climate change versus those we face by taking action (even if the global warming claims are wrong).


Professor Hoegh-Guldberg's studies indicate that we could lose the entire Great Barrier Reef within the next 20 to 30 years. Is that possibility really worth the risk?
Australia is a relatively small contributor to CO2 emissions on a global scale but that is no reason to not take action. A glimmer of hope has been flagged this year with the election of the new President of the United States, Barack Obama when he committed to "roll back the spectre of a warming planet," in his in his inauguration speech.

Yesterday I was fortunate enough to host a presentation in our office by Michael Sampson the author of a fantastic book Seamless Teamwork. This book is an invaluable guide for business teams on how to use SharePoint effectively. The presentation focussed on the 'out of the box' functions and how to use the collaboration tools to better run projects with teams that are seldom in the same office, state or even country. There is an overwhelming number of tools and techniques available in the 2007 version of this Microsoft product that have the potential to revolutionise the way we work and run projects and I found Michaels plain English explanation of the methodology informative and easy to understand.

Throughout the presentation I could not help but think about some of the set in their ways almost luddite managers I have worked with in the past and what a daunting task it would be to persuade an entire organisation to change the way they work.

A fantastic example of people who feel they do not need to learn new technologies happened in my company about 6 years ago.

"An Executive Manager was working late one evening when only himself and another Executive were in the building. Exec number one wanted to print out a few emails so he could take them home with him ( this was well before the days when most of us had home access and PDA's). He had never had to print anything before as his EA usually performed tasks of that kind for him. Between the two company leaders neither could work out how to print the content of the screen. Then one came up with the idea that if they could drag the photocopier closer to the desk, then they could lift the PC monitor onto the copiers scanning surface and photocopy the screen. The result was a very poor quality yet still readable copy of the screens content."

Now I am sure that if someone had shown these guys how simple it is to use the print facility available within most applications they would not have had to resort to this ingenious solution. The fact remains though that neither had felt they needed to learn about the tools they had because the way they worked in the past was fine for them and they saw now reason to change.

From my past experience, persuading employees to learn new technology and embrace a new way of working is one of the most difficult facets of change management and is a challenge many of us have struggled with in the past. If anyone out there has a simple and effective solution to overcome this problem please let me know and we will put it in a box and make a fortune.
Posted by Peter Richards 1 comment: 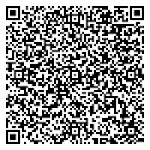 All my contact details are contained in the QR code.